And by Green, we’re not implying that AC casinos will become more energy efficient. In fact, we’re talking about Marijuana. In a recent interview, mayor Gilliam confesses approving the legalization of marijuana. He went as far as saying it could improve the casino industry and AC’s nightlife. In fact, Gilliam outlined his vision of an “Adult district”. He added that he wants people to be able to smoke marijuana in restaurants and bars if they want to. 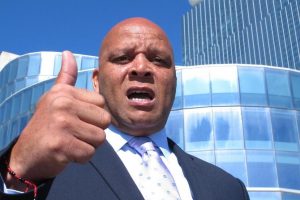 Gilliam on the subject…

“I don’t have the appetite to be a pusher of the product. I don’t want people to think that they should come here, buy it and leave. Atlantic City should be a destination, where folks can come here and enjoy it in a controlled area. It would be good for AC If we can roll it out correctly. We’d create a destination facility or area, that would be ideal.”

In the same interview, Gilliam added that he hopes to draw investment and a younger crowd to the city.

Also, know that in February Gilliam visited Las Vegas as part of a tour with the Cannabis Association. Indeed, Gilliam, along with several lawmakers visited casinos and concluded that Vegas want no part of the green industry. And that is regardless of Nevada’s tolerance, which makes the use of marijuana legal in a private house. Which of course is not accessible to tourists and holidaymakers.

What’s the next step?

To sum up, the legalization of marijuana in NJ won’t happen tomorrow. In fact, Sen. Scutari proposed a bill that would tolerate the use of the substance for personal use. Currently, Gov. Murphy supports the bill. Even if some other senators have shown resistance to it.

So, Gilliam’s Green vision of a free Atlantic city won’t happen tomorrow. But it’s still a fascinating subject since it could increase the city’s revenue. So we’ll keep you posted if we hear of new development on this front.