On March 7th, SG announced they’re getting new blood in top management! Indeed, a press release surface and mentioned three hew heads of the company. As of the May 1st, Sue Dawson will take the role of Digital Deputy General Counsel. Ryan Ripley will serve as subsidiary’s Interim Chief Financial Officer. And Ashley Sandyford-Sykes will take the digital and sports technology Senior VP job. Under, its new role Ashley will lead nine games studios which are in fact SG Digital subordinate. SG Digital subordinates are an essential part of the company. Especially since SG recently acquired NYX Gaming. (It’s worth knowing that NYX was before an Amaya’s company. Amaya also owns PokerStars). Also, NYX created many slots that are available in Nj Casinos. In fact, you may have played them without knowing it was Nyx’s games. Ever heard of Merlin Million, Wild Play Super bet, and Cash N’ clovers.before? 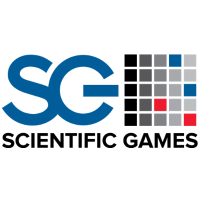 “We’ve formed a mighty team of technology and product leaders who are moving quickly with a dual focus. First, we need to mature our European development. Second, we need to support our larger UK and EU customer base better. Finally, we need to establish new capabilities in North America. This is to meet the growing demand for our gaming products. But also to prepare for a sportsbook expansion should the US become a regulated market.”

What to deduct from Davey’s comment and Sandyford-Sykes promotion?

It sure seems that SG wants to make the most of NYX’s talent. We’re also delighted to hear that SG is getting ready for the pending legalization of Sportsbook in NJ. It’s worth knowing that the supreme court will deliver a verdict by June 2018. As we can deduct from Davey’s comment. A decision in favor of Sportsbook in NJ, could have a positive impact and create new jobs across the world.