MGM planning a major investment in Sportsbook in New Jersey. As you’re probably aware last week the New York convention center hosted the annual Sports Betting USA Conference. As always, many heads of companies were there to share their thoughts on the possible up-coming legalization of sportsbook in the US. Everyone is waiting for the nail-biting verdict from the supreme court which should make the headlines in about 1 month. Based on the mood at the conference, we’re happy to report that many are confident that the supreme court will rule in favor of sportsbook in NJ. 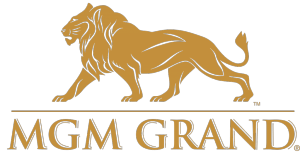 During the conference, many heads tweeted!

In fact, the tweets were possibly a key focal point during the conference. Jay Rood, VP of Race & Sports @MGMResortsIntl said: “We’re going to the Borgata tomorrow to oversee the buildout of a $7 million sportsbook.“

After this Tweet everyone at the conference was excited. Perhaps MGM has exclusive knowledge that other companies don’t have? But one thing is certain according to Jay Rood MGM is ready for the law to change. But more importantly, according to the investment, they’re willing to make it sure seems the company believes in the product.

Of course, at the moment it’s only talks. Plus, it’s important to remember that the sportsbook center will more than likely be a brick and mortar building. So, we don’t really know how MGM is planning to attack the NJ online market yet.

Anyways, until the court rules in favor of the legalization of sportsbook in New Jersey we’ll just have to wait and see. We anticipate that many more tweets will come from the head of companies like MGM on the sportsbook subject. So we’ll monitor them closely and we’ll make sure to report any changes to our readers. Stay tuned, change is coming soon!