The biggest poker event in the world is upon us. This year again the Rio in Vegas welcomes the elite for the 48th edition of the World Series of Poker. As you know all eyes will be on the main event as Scott Blumstein, NJ’s homeboy will battle his title. Will he win a bracelet again? The competition is ferocious, as only the best of the best can afford the $10,000 No-limit hold’em Main Event buy-in. So, it’s hard to say. But many think they’ve got what it takes to win the title this year.
The WSOP kicks off on May 29th, and the Main Event starts on July 17th. If you think you’ve got what it takes to hit Vegas during those dates but can’t afford the buy-in. Here are a few casinos to follow where you could win your way to the Main Event!

PokerStars has already started its SNG series where you can win your way to Vegas. Its worth knowing that players can try their luck multiple times a week as PokerStars has many qualifying events with different entry fee. But also, PokerStars is given a chance to its players to win more than main event buy-in. Indeed, there are side events tickets up for grabs but also travel packages. So if you wanted to make your way to Vegas PokerStars casino is a great place to start.

Very much like PokerStars, 888 casino is offering multiple tournaments where players can win their way to Vegas. We also suspect that 888 will give away even more packages this year given that they’re Scott Blumstein’s official sponsor! So it’s worth having a look at their site! 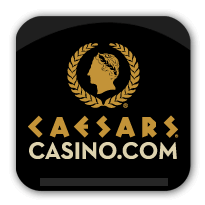 As one of the official sponsor for the main event. We think it’s likely that Caesars will create some giveaway packages. Granted that they’ve not yet announced their marketing plans for the WSOP. But we think it would certainly appeal to players. Also, know that if you’re a loyal player at Caesar’s you can use your loyalty points to get free nights stay at their prestigious casino in Las Vegas. The same can be said about Harrah’s Casino loyalty program. Sure it’s not a buy-in, but it could ease the travel cost. Stay tuned; we’ll publish some new WSOP promotions real soon!